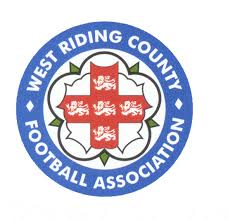 Congratulations to our U16 Thunder squad who have reached the West Riding County Cup final.

They managed the feat by beating a spirited Pannal Sports U16 Predators in the semi final held at WRCFA HQ at Woodlesford.  The game finished 2-2 after Thackley had shown some clinical finishing to race into a 2 goal lead by the break.  Two superb goals put them in the driving seat with the first, a volley by Josh Debenham from the edge of the area into the top corner, with the second by Joe Storey who produced some deft skill to dance around 3 defenders and then showed great composure to steer the ball past the advancing keeper.

The second half saw Pannal Sports battle back, and although Thackley could have had a couple more Pannal completed the comeback near the end of the game to take the game to penalties.  A serious injury to Harris Thompson marred the second half but the Thackley boys rallied together for the shoot out.

After both sides confidently scored their first 2 penalties, Thackley missed their third but when Pannal missed theirs to put Thackley back in contention they didn’t look back with goalkeeper Will Morrell saving the final penalty (see video below) to spark scenes of jubilation by the Thackley players and spectators.

It means that a Thackley team have reached the County Cup for the first time in our club’s history, and it will be a proud day when Stuart Greaves and Steve Thompson lead the team out in the final.

The final will be played on Sunday 17 April, 1.30pm kick off at WRCFA Woodlesford (LS26 8NX) against Harrogate Railway.

It will be great to have as many Thackley supporters at the final as we can to cheer the boys on.

The save that sent @ThackleyJuniors to the final! Well played to Pannal though, always hard to lose on penalties. pic.twitter.com/TWHnAmjjs3